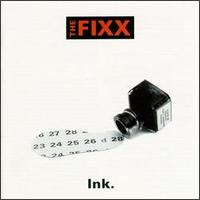 I actually just picked up this CD recently so I was totally unfamiliar with it. A relatively unknown album that The Fixx released in February 1991 after a 3 year hiatus. This was the sixth studio album by the band and although it was a commercial failure it was still a well written album, not perfect mind you but still good. Their sound remains relatively unchanged from their 80's material which I'm happy about, if it works don't f--k with it that's what I say. The tracks that stand out are All is Fair, How Much is Enough, No one Has to Cry and my personal favorite, Still Around. If you get a chance it's well worth a listen, not their strongest album to date but certainly worth a listen...Cheers
Posted by Sandman at 3:34 PM No comments: 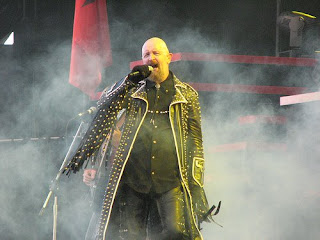 Molson Amphitheatre, Toronto - August 13, 2008 Everything old is new again... I was transported back in time last night to 1985 when I saw the Metal Masters show in Toronto. It was so cool I almost shit myself, it included a four band bill in what turned out to be an almost 6 hour head bangin extravaganza. The line up included ( in order ) Testament, Motorhead, Heaven & Hell (aka Black Sabbath) and Judas Priest.
.
The first band to take the stage was Testament a hard rockin thrash metal band based out of San Francisco, they took the stage at 5:30 and played a set that lasted approximately an hour. Although not entirely familiar with there music they put on a good performance for a appreciative crowd that was still making there way in to the amphitheater. The next band to play was Motorhead fronted by Lemmy Kilmister they set the bar high with Killed By Death, the trademark Ace Of Spades. The hard edged head thrashin set really got the crowd going as they put on a spectacular set. I've never seen Motorhead before so it was a real treat to watch them perform for the first time. The next band was Heaven and Hell, featuring Black Sabbath members in guitarist Tony Iommi and bassist Geezer Butler vocalist Ronnie James Dio put on an absolutely astounding set playing classics like Children Of The Sea, Sign Of The Southern Cross and ending the their set with Neon Nights. I thought the final act of the night Judas Priest might in be a bit over their heads trying to follow Heaven and Hell, they certainly had their work cut out for them but they did not disappoint. Led by singer Rob Halford, Judas Priest kept the new songs to a minimum and relying on classics to win over the fist-pumping, head-banging crowd filling most of the venue. Songs like Hellbent for Leather, You've Got Another Thing Coming, Breaking The Law and finally Living after Midnight kept the crowd hoppin til the very end. My ears are now bleeding hopefully it will stop within a few day, a fantastic night, rock on dude.
Posted by Sandman at 5:50 AM No comments:

Unexpected Guest At A Cancelled Party. 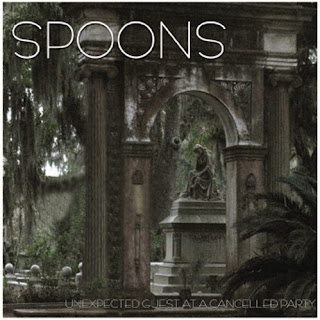 This album was released last summer and it is absolutely spectacular. To the left is a copy of the CD cover and a statement below by Gordon Depp - The lead singer and Guitarist for the Spoons...

"Searching for and finding these songs was like uncovering lost memories in some ancient, overgrown garden. Some had to be carefully restored from their neglected, corrupted state, not unlike faded photographs or cracked, moss covered statues. For some, it seemed, it was merely a matter of time before any hope of a second life would slip away all together. But with a bit of care, they were brought back to life and, as they did, the memories that surrounded the songs also came back into focus. Of innocent days in the early 1980s when we were at our creative best and songs came without effort, when they just happened out of the sheer pleasure of making music. If you push back the vines a little, you might see bits and pieces of songs that would make their way into other recordings. Unpremeditated Love and In The Hands Of Money show you their origins and, I think, are still more pure and musical. See if you can pick out the references to the Arias & Symphonies album, scattered all through 2,000 Years. The earliest compositions on this collection are Bending and the instrumental Young English Gentleman, the latter a tribute to our good friend and producer John Punter. Given the chance, I think newer songs like Love Drum and Love Can Be A Stranger could have had their day in the sun. But more than any, Spaces was probably buried the deepest, so much so that I didn't recognize it as our own when I first found it. So long had it been sleeping under the dead leaves. The instrumental section near the end is my favourite moment on the whole album.Most of these songs were recorded after Romantic Traffic and Tell No Lies, in a tiny, hidden away studio in Oakville, Ontario. We were about to embark on a whole new chapter in our musical lives that would leave these old ideas forgotten, to slowly weather over time and eventually fade into the earth. So, in a way, this album truly was almost never made. Fortunately, never is just a word." Gord Deppe May 2007

In the Winter of 1982 The Spoons hit the air waves with their first commercially successful single the song was Nova Heart. This would be the first of many singles to rush up the charts by this talented foursome...The single would be followed quickly by the album Arias & Symphonies which would help establish the Spoons as one of Canada premier New Wave bands. I don't know how many are old enough to remember but in 1982 Arias & Symphonies charted at number four in the CFNY top 100 album of that year...the top 5 were as follows...


4. The Spoons - Arias And Symphonies

"Spoons" were and still are Canada's greatest contribution to the New Wave movement. Under Ready Records, a small independent record label that sprung up in Toronto in the early 1980s. They cut a record, Stick Figure Neighbourhood followed by Arias & Symphonies, and started climbing the charts. Spoons were at one point courted by three major American record labels who wanted to distribute the band's music.

Most of the promises made to the group were broken by Ready and the record company soon lost interest, the promotional budget was scrapped also. In Sandy's words... "It was like we were in a straight line heading one way, and someone took the motor out and yanked us out. And then we're going 'and now what?' "

UnExpected Guest is a collection of previously un-released material. Some might think that because it was unreleased it's probably shit, but this is not the case. It is a fantastic album and a number of songs would likely of charted very well if the had been released. Three songs in particular "Unpremeditated Love", "2,000 Years", and "In The Hands Of Money" should be released as singles immediately as they are exceptionally well written.

The Entire album is as follows... 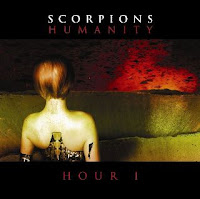 Last year the Scorpions released a new album and I meant to comment on it but I just never found the time, but now I have, so here it is...It's been a long time since the Scorpion released a new album but it was well worth the wait. It's easy to see why many consider Klaus Meine to be one of the greatest Heavy Metal singers of all time. After more that thirty years he is still at the top of his game, and Humanity - Hour 1 is nothing short of spectacular. It's a slightly updated sound to what we're used to hearing but make no mistake, this is 100% pure Scorpions, no holds barred hard rockin roll. Like most of their earlier albums some power Ballads have been thrown in along with the Heavy stuff... The three songs that stand out are "Hour 1" which is on par with the classic heavy Scorpion material of the past and should easily top the charts all over the world, "321" which is my favorite song, easily makes my personal list of best Scorpions songs ever written, and "Humanity" which is a great power ballad that sounds more along the lines of traditional Scorpions style. Metal fans are going to love this album, it will satisfy the die hard older crowd and should also draw the younger fans as well because of updated modern metal sound that's prevalent throughout the album, especially noticeable in the guitar riffs. ...I don't think it has charted well in North America but that's primarily due to lack of record company support. In Europe it has done very well and even charted at number one in some countries. This is an excellent album and I strongly recommend it.
Posted by Sandman at 5:38 AM No comments: