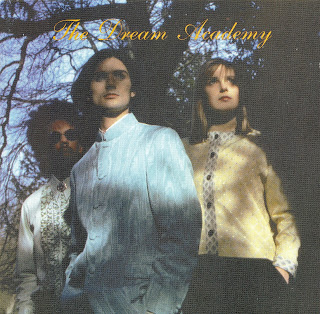 A very talented band that formed in England in the early 1980's. It consisted of Nick Laird-Clowes, Kate St John and Gilbert Gabriel. Shown above is the first album, their self titled debue which is an absolute master piece. Yielding three hit singles "The Edge Of Forever" (appears in the movie Ferris Bueller's Day Off), "The Love Parade", and of course "Life In A Northern Town", which gave the band worldwide success in 1985 and a tremendous hit in the U.S. charting at #7 on the Billboard. Not many people are aware that David Gilmore from Pink Floyd co-produced this record with Clowes and on the third album Gilmore even co-wrote one of the tracks "Twelve-eight Angel". In addition to the self titled debut the band went on to release two more albums Remembrance Days in 1987 and A Different Kind of Weather in 1991, I myself am still looking for Remembrance Days as it contains my favorite single by the Dream Academy "Indian Summer" I'm sure sooner or later I'll find it, I usually do. The Dreamy Academy were part of the English New Wave Scene during the 80's, what set them appart from other bands was their use of instruments and sounds that were not normally utilized in the Rock/Pop genre(strings, woodwinds, tympani). Like the decade itself they achieved excellence through attention to detail and a willingness to take chances in their endeavour to create an original sound, a great band to be sure, they should not be forgotten.

The Dream Academy are...

Melanie C - Have Yourself A Merry Little X-Mas

Ti's the season to be jolly and what better way than this. If there was ever any argument as to who was the most talented Spice this should pretty much put it to rest. Melanie displays her impressive vocal talents in this beautiful and heartfelt performance filmed Germany during Christmas 2006. It's no secret I'm a big fan of hers, a very exciting and talented artist. Hope ya like it... Merry Christmas to all...