Wallpaper of the week - David Bowie 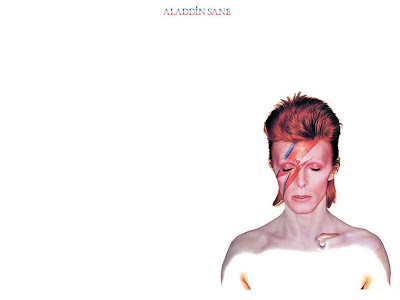 Posted by Sandman at 7:36 AM No comments: 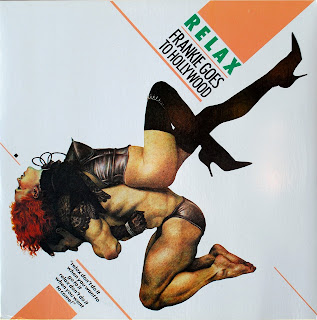 Well ya knew sooner or later you were gonna get this one, love it or hate it, it's undeniably one of the most recognizable, albeit overplayed tunes of the 80's. The big single off Welcome To The Pleasure Dome, this song was absolutely everywhere. And if you weren't listening to it on the radio, or playing it in the clubs, you were probably wearing it on your T-Shirt FRANKIE SAYS RELAX. I think this tune actually sold more t-shirts than it did singles (if that's possible). It was a massive hit all over the planet, especially England, where it stayed on the UK charts for 48 weeks, 5 of those weeks at #1. Of course it got some help from the wonderful people at BBC Radio 1, who refused to play it because of offensive lyrics...when will they ever learn...And you have to love the cover art, done by artist Anne Yvonne Gilbert, perhaps one of the most striking illustrations ever done for an album, or at least for a 12' inch single. A testament to a time when every aspect of an artistic release was meticulously thought out and created to be unique and original, much like the music.
.
Side 1
Relax (Long Version) Time 7:23
.
Side 2
Relax (7" Version Time) Time 3:56
Relax (Instrumental) Time 4:22
.
Written by Holly Johston, Mark O'Toole and Peter Gill
Prouced by Trevor Horn
1983 Zang Tumb Tuum (ZTT Records)
Manufacture by Island Records
Posted by Sandman at 3:05 PM 2 comments: