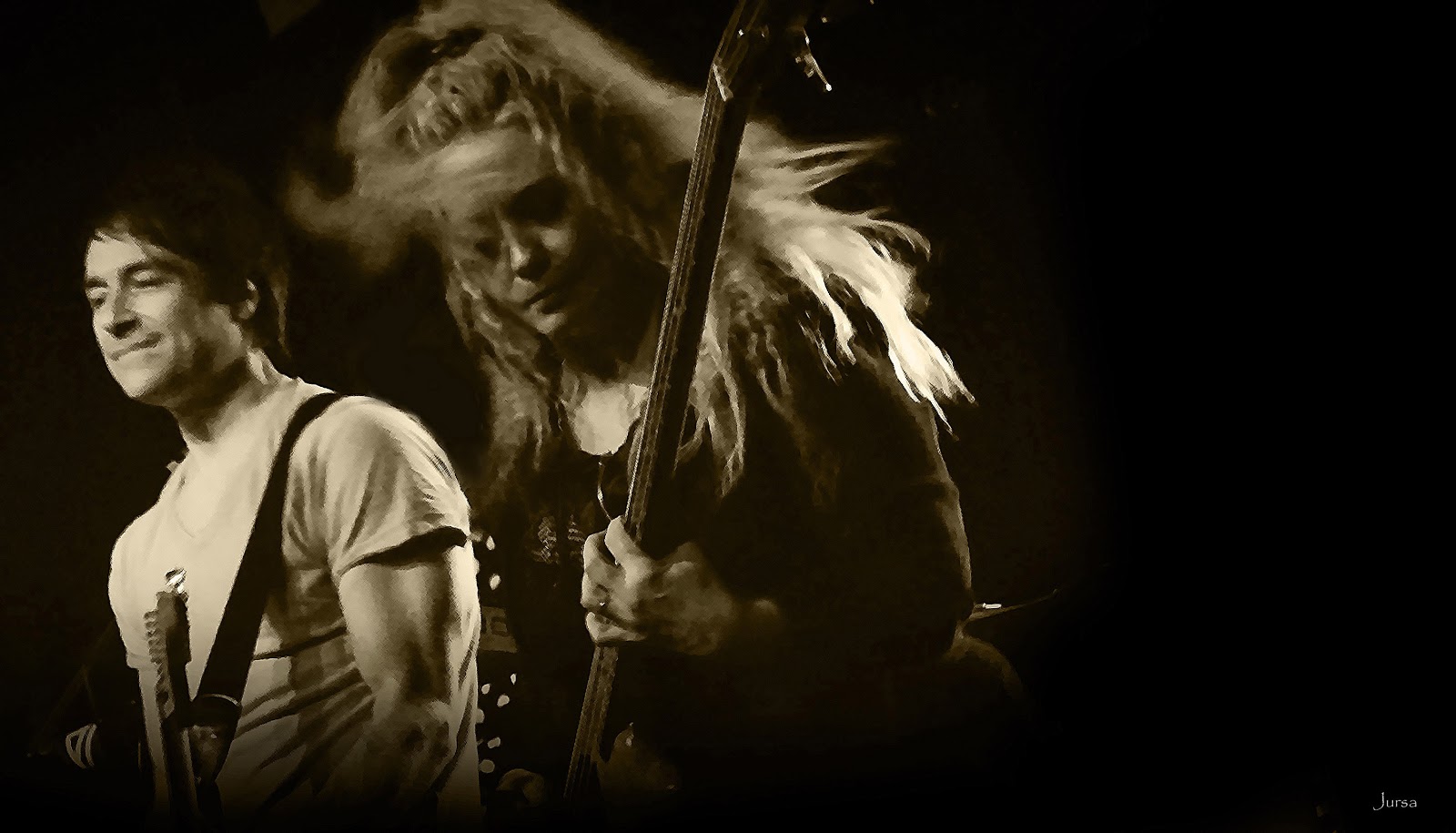 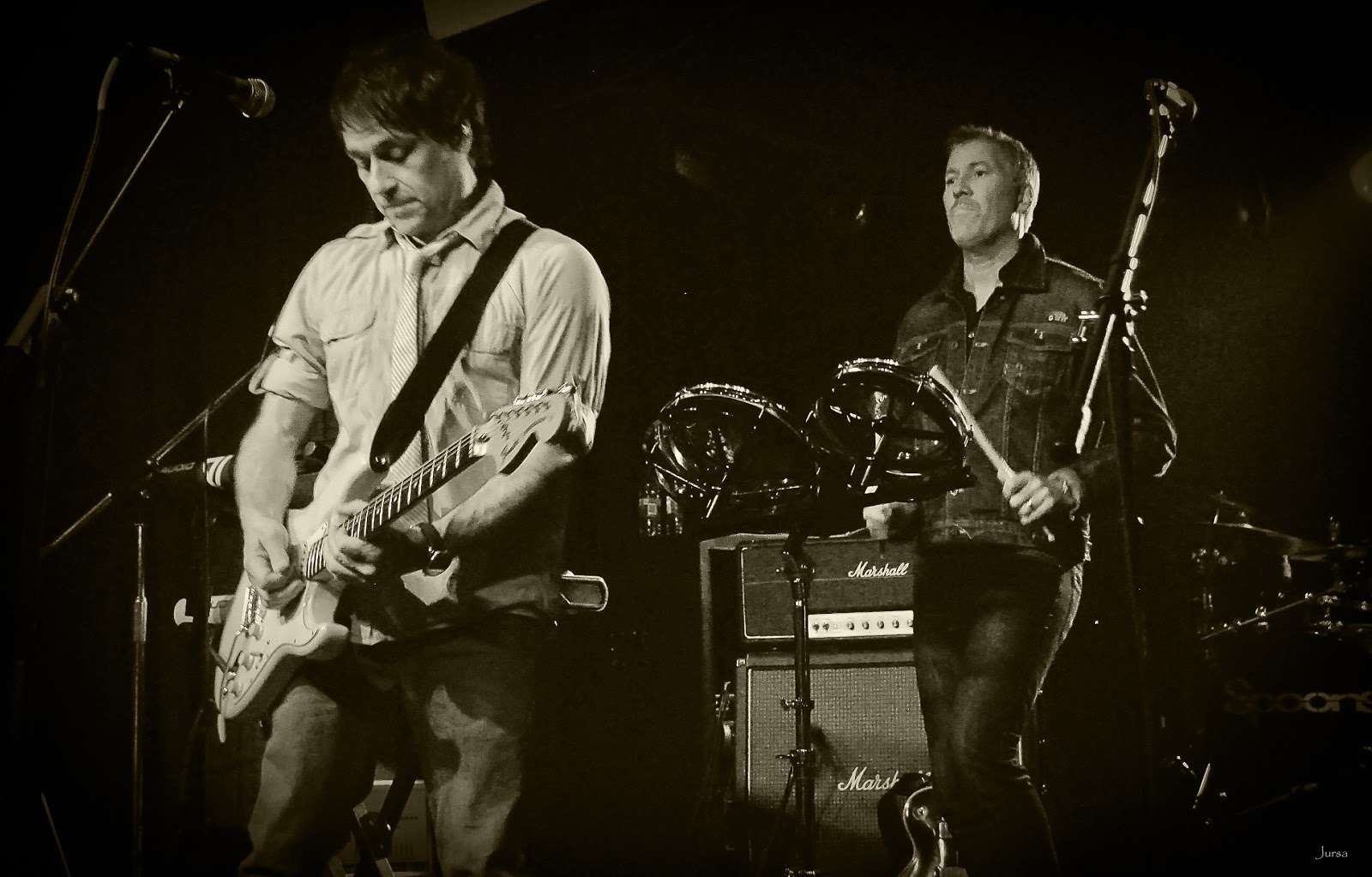 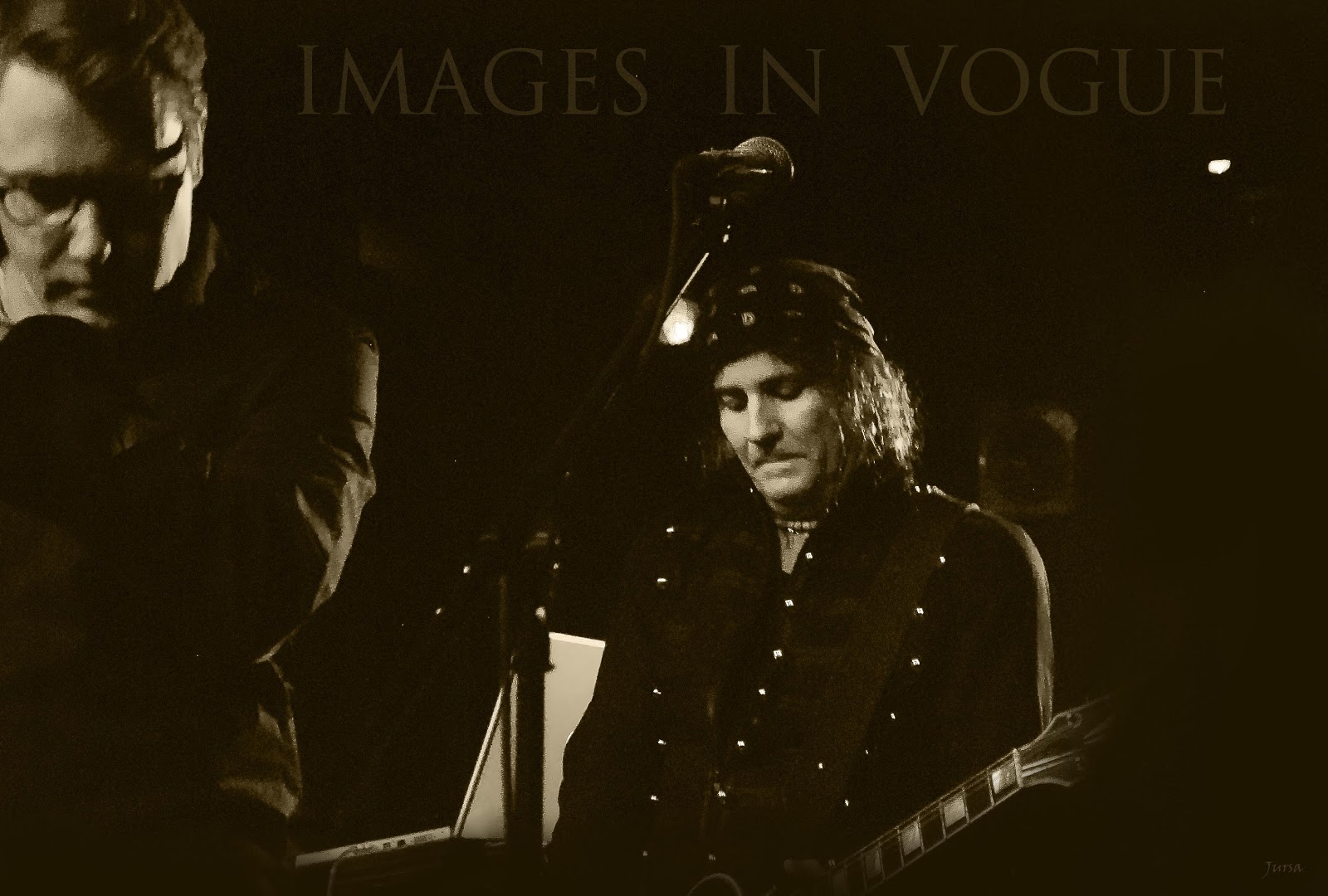 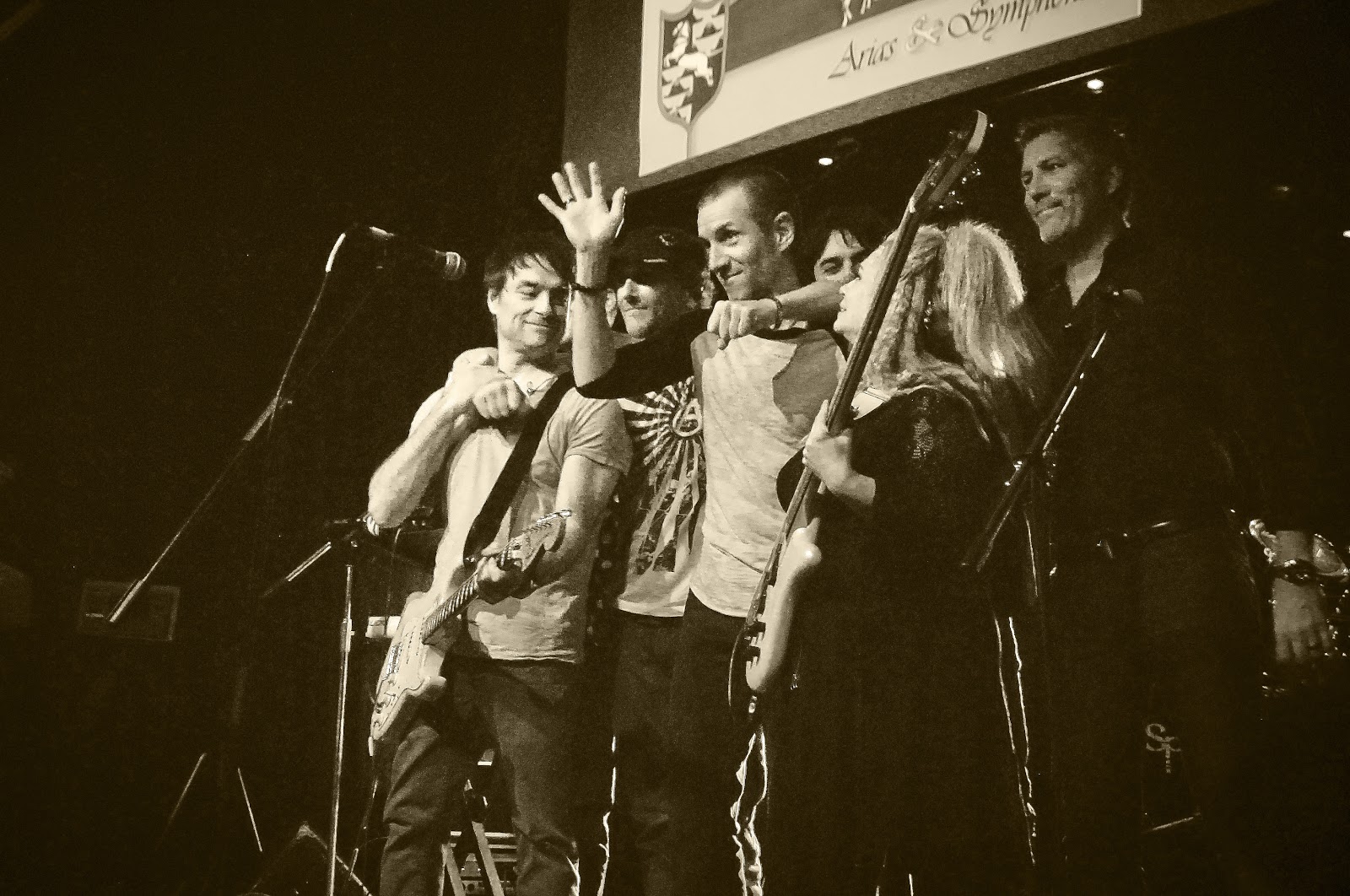 The moment I arrived I knew it was gonna be crazy. I quickly took my place at the front before the place filled, still a spot or two remaining on the right side for me to squeeze in; the front was definitely a no go, already packed. I hate jostling for a good vantage point, I always arrive early so I don't have to. This time I arrived late, had to pick up a few friends before heading downtown.  Friday Night at the Revival was the best shows Ive seen in a very long time. This month marks the 30th anniversary release of one of the greatest Canadian albums of all time. Arias & Symphonies garnered both critical and commercial success following it's release in 2002, as perfect as an album can get, it yielded three top 40 singles and rocketed the band to the forefront of the Canadian New Wave scene. Friday's concert also marked the first time in more that 25 years the original heyday line has performed together. Along with Sandy Horne and Gordon Deppe, keyboardist Rob Preuss and Drummer Derek Ross also performed to the delight of the sold out crowd. Its was like 1984 all over again. As an extra bonus the concert featured the long awaited reunion of Images In Vogue who opened the night with an 8 song setting which included  “Lust For Love”, “In The House”, “Save It” and “Call It Love” among others. Its was no surprise that they sounded as great as they ever have. Dale Martindale's voice is, as it has always been, absolutely spectacular, hopefully this is the start of greater things to come, one can only hope. As for the Spoons what can I say that hasn't already been said. It's no big secret that this is one of my favorite bands, always amazing to see this much talent perform live, and this was perhaps the best show yet. New members Casey MQ (keyboards) and Chris McNeil (Drums) also  did a fantastic job, graciously relinquishing their duties during part of the set to allow Rob and Derek to shine. One thing is certain, they need to start playing larger gigs; the Revival, as great as it is, simply isn't big enough anymore. This concert sold out a week in advance and I know alot of disappointed fans that waited too long and were left without tickets... snooze ya loose I guess.
Posted by Sandman at 9:16 PM 4 comments:

All Through the Night - Blue Peter 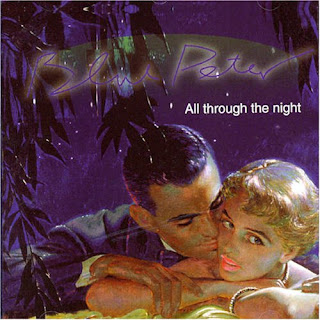 .
Great collection release in 1997 that gives you a nice sampling of the Blue Peter's six studio albums, released between 1979 and 1983.  The track list is as follows...

Just getting home, 2:00 am. I really wish the TTC ran later, it might of saved me thirty bucks, that's what the cab ride cost me to get back home. Ahh well, shit happens...I was at the Revival tonight. Great show as expected, this the second time in as many months the Spoons have played a live gig, and there another show in Hamilton coming up. The was a special show as it marks the 30th Anniversary of the "Nova Heart" release, not only one of the Spoons best songs of all time, but also one of the greatest singles ever released by any Canadian band of all time. Of course that's just my opinion, but never the less a correct one. To commemorate the anniversary the band has released a special CD singe with six different version of the song including the Dark Before Dawn and Sigularity versions whichh are brand new 2012 remixes. There were two openning bands that were also excelent Calling August kicked it off...
Posted by Sandman at 10:58 PM 1 comment: 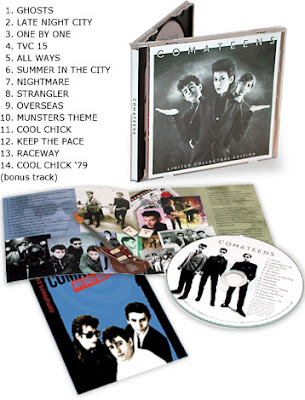 From the Band themselves...Just wanted to give you an update on several things happening in the Comateens universe these days.First off - the Limited Collector's Edition of the Comateens first album is once again available for purchase, after quickly selling out the first two runs! In addition to the original 1981 track listing it includes a bonus track—the original 1979 recording of "Cool Chick" featuring Ramona Jan on guitar and Harry Viderci on drums, first released on a self-produced 7" vinyl single. The tracks on this CD were transferred directly from the original analog master tapes of the album and capture the primitive sound of the band at the dawn of the '80s.It’s available for purchase at this link, directly from the band: http://tinyurl.com/comaalbum The band hopes to have the rest of the Comateens catalog remastered and re-released on CD and digitally in the not too distant future!

Posted by Sandman at 7:43 PM No comments:

Electronica at it's best, a pioneers of the genre and still some of the best work ever done. Fad Gadget is an alias for London born artist Frank Tovey. Before enrolling in a Fine Arts course at Leeds Polytechnic he used to record sounds on tape as a teenager. With a drum machine, a tape deck and an electric piano Tovey put together ademo tape which came to the attention of independant Mute Records label. For Mute Records he recorded the single "Back to Nature" in 1979 and the Album Fireside Favorites in 1980.
Posted by Sandman at 9:03 AM No comments:

Great tune by M83, sounds very much like what was being done in the 80's. Very new, very innovative. Definitely a newer band worth checking out.

Posted by Sandman at 7:15 PM No comments: