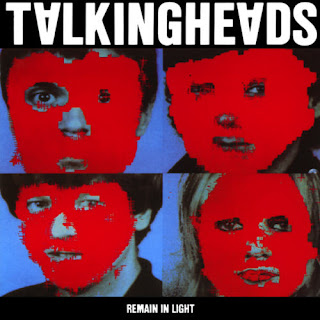 Released in 1980, this was the last of a trilogy of records the Heads made with Brian Eno (Roxy Music, U2, David Bowie) it is also the strongest of the three. Recorded in New York city and the Bahamas with the help of outside musicians such as Adrian Belew (King Crimson, David Bowie, Nine Inch Nails) the records sound can best be described as 1980's King Crimson, meets Parliament funk. Songs such as "Crosseyed and Painless", "Once in a Lifetime" and the amazing "The Great Curve" all have a bit of that George Clinton funk. That being said it still sounds like the Talking Heads (It still has the David Byrn quirky vocals and his own unique brand of guitar playing) This album was so complex, that by the time they finished the record and went on tour, they would need a ten piece band to perform the songs live. If you are interested in checking out what this band sounded like live, you may want to check out the second CD "The Name of the Band Is Talking Heads" gives you a complete show.
.
Note: If you have a surround sound system try to buy the Duel Disc (DVD side containing a DVD Audio and a Dolby Digital version of the mix) it comes with a new stereo master, plus on of the best 5.1 mixes I have ever heard. You also get two songs done live on German TV (video).
.
Track Listing
.
1. Born Under Punches (The Heat Goes On)
2. Crosseyed and Painless
3. The Great Curve
4. Once In A Lifetime
5. Houses In Motion
6. Seen and Not Seen
7. Listening Wind
8. The Overlord
.
All songs written and composed by The Talking Heads and Brian Eno.
The remastered re-issue was produced by Andy Zax, with the help of the Talking Heads.
.
Sire Records
Posted by Sandman at 8:18 AM No comments:

...... Mavel Comic had a costume contest, lots of fun, lots of free stuff.

Summer Glau signs autographs at the Tornto Fan Expo as thousands of fans that line up to see her. From all accounts Summer was extremly nice and appreciative of all the fans, taking the time to personalize each and every autograph.

The 501st Legion is alway there in full forces at the Fan Expo, they are by far my favorite costumes, of course my opionion is a bit bias.

It's not easy being a Sandtrooper when tempatures this weekend exceeded 32 degrees, WOW was it hot.

The Steam Punks are a newer group that is getting more and more popular every year. They have some truly amazing costumes, and it appeals to a very wide range of fans.

Imperial Stormtrooper patrol the Fan Expo as the Galactic Empire brings law and order to the Toronto Fan Expo.
A great week to be a Geek, and every geek looks forward to the Fan Expo, I'm no exception, this is by far the biggest event of it's kind in Canada. This year, like every other had it's share of problems, primarily due to over-crowding. I'm not sure what the final numbers are but if I had to guess, I'd say that attendance exceeded eighty thousand. Part of the problem was the venue, in previous years the event was held in the South Hall of the Toronto Convention center, but due to scheduling conflict, this year it had to be moved to the smaller North Building. Thankfully next year it moves back to the south hall, but I suspect over crowding will still be an issue. That said is was still a fantastic weekend, among the many featured guest this year were Stan Lee, William Shatner, Adam West, Burt Ward, Summer Glau, Michelle Forbes, Peter Mayhew, Earnest Borgnine plus many, many others. Not gonna go into too much detail, it's quite impossible to describe this event, ya just gotta see it for yer self, suffice to say it's got a little of something for everyone. If ya can't find something that interests you at the Fan Expo, then your probably dead and just don't realize it.
Posted by Sandman at 5:11 PM 2 comments:

The Filth And The Fury 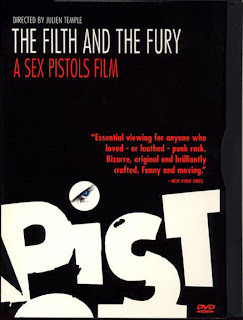 "Now is the winter of our discontent
Made glorious summer by this sun of York."
.
.
England was burning, a country brought to it's knees. The late seventies was characterized by turmoil, poverty and misery, the likes of which had not been seen for a very long time. Unemployment rocketed to 30 percent, while labour strikes in conjunction with violent protest became common place, not just in England but the rest of Europe as well. Ill-conceived Liberal policies originally adopted as an effort to assist working class had just the opposite effect, widening the gap between rich and poor, feeding the fires of discontent, and marking the most miserable era's since the great depression.
Enter The Sex Pistols, from all the carnage and misery arose one of the greatest and influential, but also short lived bands of all time. Truly a product of their own environment, bread of the discontent that surrounded them, the Sex Pistols were the quintessential backlash to a government, and a social system that had for all intensive purposes declared war on it's own population. "The Fifth and the Fury" is one of the best rock documentaries ever done. Weather you're a fan of punk rock or not, you will enjoy watching this film. In my opinion, it's as much a portrait of England, and in particular the lower class of the time , as it a documentary on the band.
....A Julian Temple film, The Filth and the Fury covers the entire story of the Pistols in a way that's never been done before. From their humble beginnings, growing up in the poor working class neighborhoods of London, thought their meteoric rise to stardom, and finally the utter implosions only 26 months after their formation. It's amazing story of success and failure, both happy and humorous, also sad and tragic. It includes some of the best video footage I've ever seen of the Pistols filmed during the pinnacle of their success. It also includes fascinating, and revealing interviews from all four member of the band who each give an account of the events with their own unique perspective. It helps paint a vivid picture of band awash in turmoil, and yet so intriguingly special, one can't help but be absolutely fascinated at the impossibility of it all. Every time I watch this documentary (and I watch it often) I find myself asking how the Sex Pistols could possibly have come to exist... in the immortal words of Johnny Lydon, "It shouldn't have worked, but it did."
....The DVD also contains a full length commentary by film maker Julian Temple, and a exception documentary called "Un-defining Punk", which is a very interesting in-depth examination of the Punk movement, a must see if ya haven't seen it already.
.
Fineline Features
.
a Jersey Shore/Nitrate Film a Julian Temple Film
.
Paul Cook......Steve Jones......Glen Matlock......Johnny Lydon......Sid Vicious
Posted by Sandman at 5:05 PM 2 comments:

.....The little facts you uncover when ya start lookin...I'll bet ya didn't know that U2 opened for this band back in 1981 when they played Leeds University... actually to be honest, I didn't know either until recently.
.....Formed in 1977, they came from, what was at the time strife-torn Belfast, Northern Ireland. There were a number of personnel changes over the years, but originally the band comprised of Jack Burns (Guitar, vocals), Brian Faloon (drums), Henry Cluney (guitar, vocals), and Ali McMordie (bass). They had a hard edged sound, inspired stylistically by bands like the Clash and the Sex Pistols.
.....There first two singles "Suspect Device" and "Wasted Weekend" were released on their own independent recording label Rigit Digits, and went on to sell over 30,000 copies, thanks to the help of London DJ John Peel who gave them extensive exposure. Their first full album Inflammable Material yielded the single "Alternative Ulster" the album hit the top 30 in the UK, quite an accomplishment for SLF, who were essentially a punk band. After moving to London, drummer Brian Fallon quite and was replaced by Jimmy Reilly, the band signed a deal with Chryslis Records in December 1978, and released their fourth single "Straw Dogs". In 1980 their second LP, Nobody's Heros was released which made the English top 10. The success of this album led to an extensive tour of not only the UK, but North America as well. The next release was a live album in 1981 called Hanx! followed by two more studio albums, Go For It, also in 81' and Now Then, in 1982.
.....Unfortunately by 1983 it was pretty much over, a number of issues including, but not limited to, declining album sales, dwindling fan support, and creative differences lead to the bands break up, although they did reform in 1987.
.
Stiff Little Fingers are...
Jake Burns
Ali McMordie
Steve Grantley
Ian McCallum
.
Former Memebers...
Gordon Blair
Henry Cluney
Brian Faloon
Bruce Foxton
Jim Reilly
Dave Sharp
Dolphin Taylor
Posted by Sandman at 9:19 PM No comments: 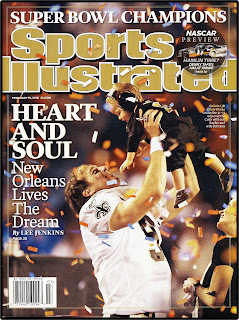 Let us all take a moment....each in our own special way.....To thank GOD for THE NEW OLEANS SAINTS FOOTBALL CLUB!!! Who tommorrow night start their long and arduous journey which will once again lead them back to the Superbowl... Tommorow night they begin their stand in the Superdome against Darth Favre and the evil forces of Minnisota... tommorrow night they STAND and DEFEND what is rightfully theirs. Go Saints !!!!!
.
No Offense to Viking Fans, I actually like the Vikings, but I'm a die hard Saints Fan, have been for the last 25 years.
Posted by Sandman at 9:08 PM No comments: