The Tattoo Rock Parlour in Toronto was packed to full capacity last night for the Spoons concert, sorry my picks ain't better, I need to get a decent camera. They put on a fantastic show for the very lively crowd, it's amazing how many hits this band has, no matter how many time I see them I'm always amazed. Its easy to see why after all these years they still command such a loyal following and of course the musicianship is second to none, 30 years of playing together tends to do that... last nights set included a couple of songs I'd never heard live before. Mecurial Girl and Rodeo. 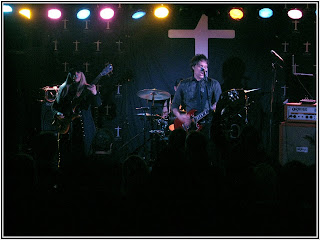 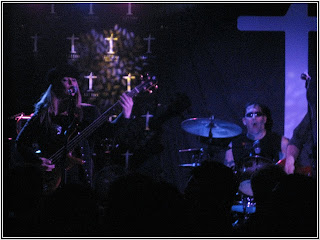 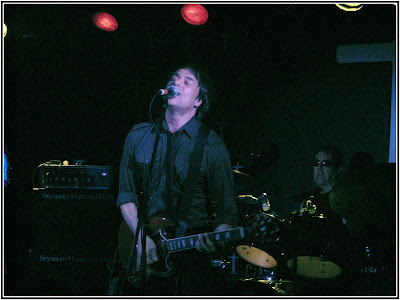 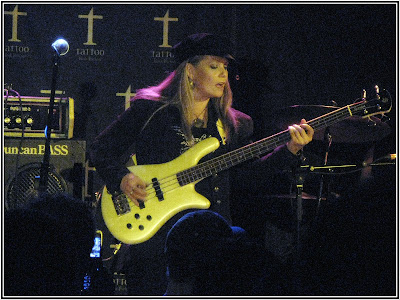 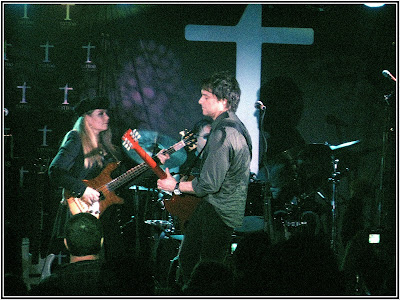 ....Sometimes it's hard to tell were New Wave ends and Pop begins, the line begins to blur and at some point gets crossed. When I was a teenager I might of cared about such things but now I don't give a shit, I'm not that pretentious.
.... This English girls group first formed in 1979 with the original line up of Siobhan Fahey, Keren Woodward and Sara Dallin who had all been friends since childhood. In 1981, Bananarama's members were living in a flat above the rehearsal room used by former Sex Pistols members Steve Jones and Paul Cook with their help, Bananarama recorded their first demo "Aie a Mwana" During the early period Bananarama was approached by Malcolm MacLare, the Pistols manger who tryed to sign them, they turned him down which in hindsight was probably a good idea. Their greatest success was during the period from 1982 to 1989 most of there top charting singles were recorded during this time. Their debut album Deep Sea Skiving was released in 1983 and yeilded three UK singles "Really Saying Something" (#5 UK) and "Shy Boy" (#4 UK) — and a cover "Na Na Hey Hey Kiss Him Goodbye" (#5 UK). Although there have been some line up changes over the years they continue to perform today and have released a total of 9 studio albums.
Posted by Sandman at 3:17 PM No comments: 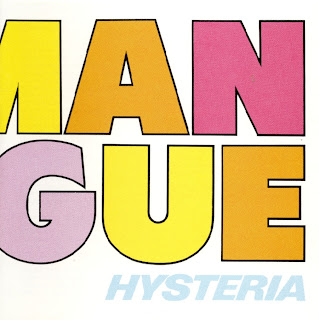 OK, I'm not gonna lie about this one, not a big fan of the album, I guess they can't all be good, I just closed my eyes, reached into my CD collection and pulled out anything. A shinny little gem floating in a sea of mediocrity, that's how I'd describe "The Lebanon" the lead off single from Hysteria. This politically charged tune boasts a killer bass line, meaningful lyrics plus a fusion of guitar and synthesizers that create an energy like few songs can, add to that a great hook and you get what could be considered an almost perfect song. Unfortunately the rest the tracks don't fare quite as well, the album seems rushed, thrown together almost as if Philip Oakey was in a hurry. It's not that the albums bad, don't wanna give that impression, just a bit mediocre and simple. There's a few other tracks I found interesting, namely "The Sign", "So Hurt" and "Life on Your Own" but in general it's a forgettable disc by an otherwise talented band.
.
Hysteria peeked at number 62 on the Billboard Top 200 album chart.
.
The Tracks are as follows...
.
1. I'm Coming Back
2. I Love You Too Much
3. Rock Me Again and Again and Again and Again and Again (Six Times)
4. Louise
5. The Lebanon
6. Betrayed
7. The Sign
8. So Hurt
9. Life On Your Own
10. Don't You Know I Want You
.
Bonus Tracks on CD Re-master
.
1. Thirteen.
2. The World Tonight
3. The Lebanon ( Extended )
4. Life On Your Own ( Extended )
5. The Sign ( Extended )
Posted by Sandman at 4:04 PM 1 comment: 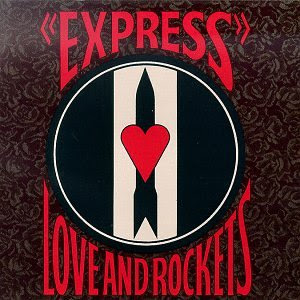 Express is the second album by Love and Rockets, released in 1986 on Beggar's Banquet label and it is the first recording I personally picked up by this phenomenal British band. I believe it is their strongest work in a library that includes seven studio albums over thirteen years, although I must admit I'm still unfamiliar with their final two releases ( Sweet F.A, and Lift ). The album is ingenious and could best be describes as having a post punk, psychedelic sound with a bit of gothic style thrown in for good measure, a remnant from the old Bahause days. I still listen to it on a regular basis, it is a mainstay in my collection there aint nothing better than blasting this album loud. The big single I guess would haved to be "Yin and Yang" but every track is strong, especially "An American Dream" which is my personal favorite. I don't really think this band gave a shit about commercial success, if they had I suspect this album would have been much bigger than it was... it is an almost perfect record. Like Bauhause before them Love and Rockets cared more about the music and the fans, sales seemed be a second priority... It appeared to me at the time ( once again this is only my opinion ) that everyone I knew had this album (in my social circle anyway) but there was very little fanfare during the release nor any real advertising during the initial run, word of mouth seemed to be the order of the day, the band had their cor set of fans that were quite loyal of which I was one of them and that seemed to be sufficient...if you disagree fell free to say so, sometimes I can be quite full of sh*t.....