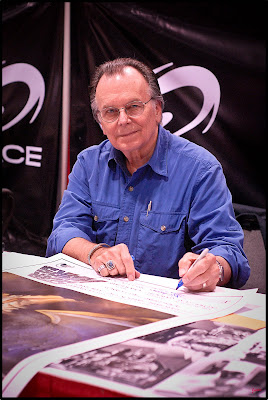 Gary Kurtz signs my Star Wars Poster, this is the guy I was there to see. Gary produced not only Star Wars, but also the Empire Strikes Back. 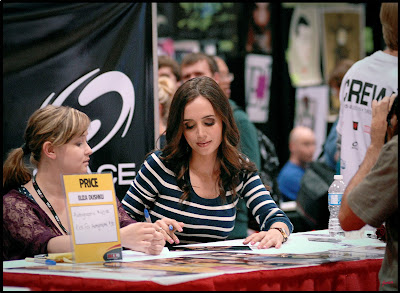 Eliza Dushku signs some autographs at this years Fan Expo, she was actually supposed to be at last years event but had to bow out at the last minute. 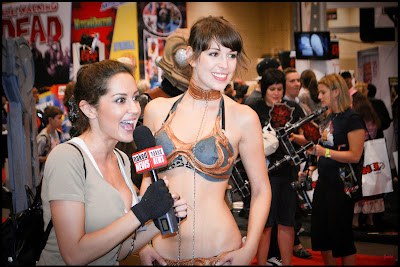 Ahh the Fan Expo, it aint just for geeks anymore, there were quite a few girls walkin around with very little clothing, and ya gotta luv that. 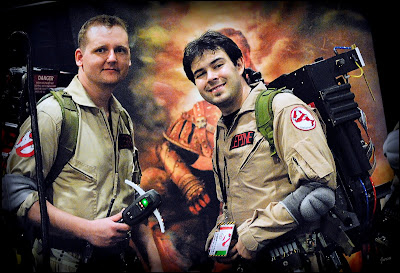 Ghostbusters fans at the Fan Expo, this costuming group is getting more and more popular every year. 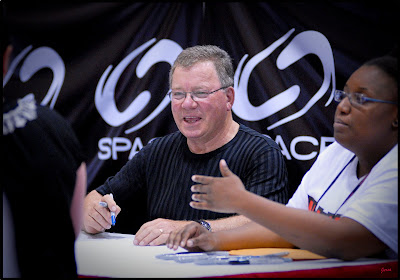 Willian Shatner signs some autographs at the Fan Expo. Crazy Bill was chargin $80.00 a shot, but I guess the Trekkie's didn't mind as they were lining up in droves. 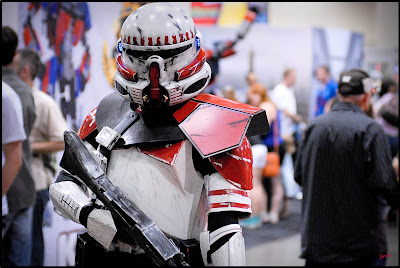 Of cours my favorite group the 501st Legion was there in full force, approximately 70 members if I'm not mistake. These costumes are worth thousands of dollars and are all hand made. 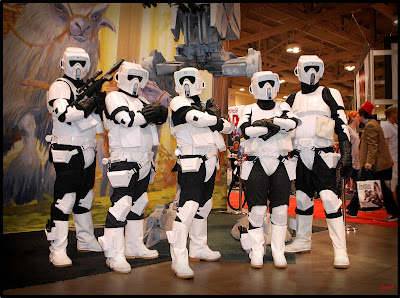 Imperial Biker Scouts stand guard at the Lucasfilm booth helping promote the release of Star Wars on Blue ray, which became available on September 16. These guys always draw a bit crowd at the Fan Expo. 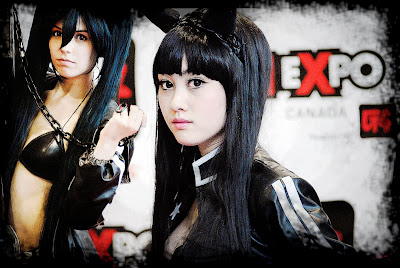 You'll never see so many different costumes in one place at one time as you will at the Fan Expo. What ever you're into, you'll find it at this event. It's also a great opportunity to take some really fantastic photographs as well. Of all the shots I took this weekend I think this is my favorite.

Well another summer has come and gone, and like every summer we like to cap it off by attending the Toronto Fan Expo. Of all the personalities there, I think none fascinated me more than Gary Kurtz. For those that are unaware, Mr. Kurtz is the producer of Star Wars and The Empire Strikes back, among other things (many other things) . Based out of London England he is to say the least one of the most powerful influential producers in the UK, and their wasn't ever a line up. Happily this gave me the opportunity to have a nice fifteen minute conversation with him. Don't think I made a very good impression as I think I came off sounding like a bumbling idiot more than anything else. Not really much I could do about it though. To me this guys is more like a god than a man, I tried my best to sound a intelligent, and not to much like a retard. I think when I look back at this experience years from now I'll probably see it as a missed opportunity. I'm currently working on a script, albeit not a very good one, but I think it has potential. I've heard it that only one in a thousand scripts will even make of to a producers desk, most won't even make it to their secretary. Anyway, it was a fantastic weekend for all and they solved the overcrowding problems that plagued last years event. Among the guest that made an appearance at years event were Katee Sackhoff, William Shatner, Larry Hagmen, Michael Biehn, Martin Landau, Anthony Daniels and Nichelle Nichols to name just a few. Hats off to James Armstrong and his staff for a job well done, I'm sure attendance exceeded 80, 000 this years and it went off without a hitch.
Posted by Sandman at 11:28 PM No comments:

Def Leppard at the Amphitheater 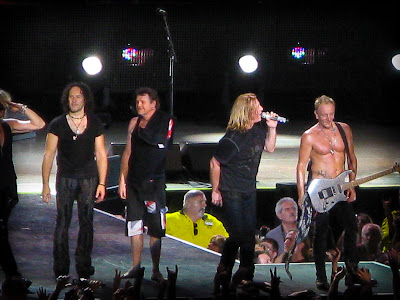 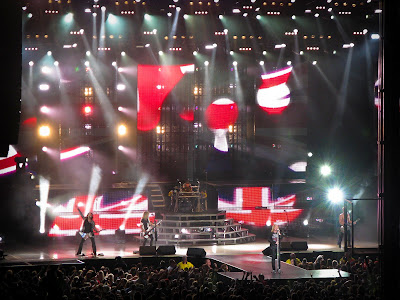 Just got home from Ontario place were Def Leppard played to a sold out crowd at the Molson Amphitheater. An Absolutely Fantastic show, very impressive. I think Joe Elliott's been a bit pissed at British music press lately as he feels the band has not been given the respect it deserves. I'm willing to bet that there's some truth to that, but one thing is certain, they sure get the respect they deserve in Toronto, the fans love em, and they really got into it at last nights concert. It's unbelievable how great they sound live, this is the first time I've ever gone to see them, I'll definitely go again when they come back. This was also the best deal of the summer as far as concerts go: lawn seating was only $20 bucks. How can you go wrong. Indecently the opening band was Heart, need I say more. They put on a fantastic set, and saved the best for last with a stellar rendition of The Who's Love, Reign O'er Me, one of my all time favorite tunes...click on the image to see full size btw...
Posted by Sandman at 9:17 PM No comments: