Wallpaper of the Day 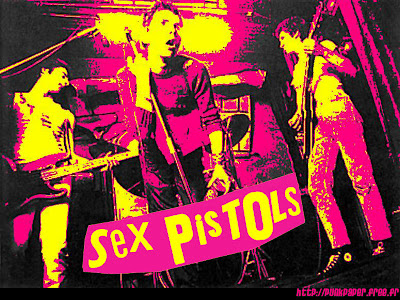 Posted by Sandman at 4:32 PM No comments:

One of the most memorable films of the 80's was of course "The Lost Boys" Almost a microcosm of the era in which it was made, it featured big hair, outrageous cloths, and the over-the-top grandiosity of Pop music characteristic of the 80's. Where else in history, other than 1987 could you possibly find a saxophone player that looked like Thor ???. Like or hate it, this was at the height Post Punk era; a time where fashion and music had few rules, where anything, and everything was possible. Far removed from the cookie cutter age we're now currently living in. This film really does take us back to a special place, Corey Haim through his part in this film helped create that place and he will be sorely missed. Born in my home town of Toronto his career and his life were cut tragically short after and apparent prescription drug over dose on Wednesday. It's no secret that Corey spend much of his life battling a whole slew of personal demons, that much has been well documented.. 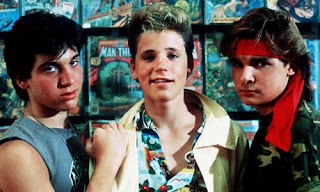 Posted by Sandman at 5:59 PM No comments: 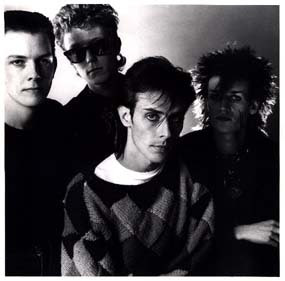 ....There's a myriad of genres and sub-genres within the New Wave/Alternative, Punk/Post Punk movement, it's sometimes hard to classify bands as they move back and fourth across the spectrum of styles. I don't think many will argue that Bauhaus was; and still is a Goth band, one might even consider them the original Goth band. I saw them live about 10 years ago and what a fantastic show, many Marlyn Manson fans turned out for this gig. That familiar Goth sound that we are all so accustomed to today was pioneered by Bauhaus. There are few concerts where you'll see such a wide range in fans, everything from the teenaged punks, to the forty somethings right off Bay street. It's cool that some bands can still bridge the generational gap.
....With a darker more gloomy sound, they were a sort of backlash to the more commercial or Pop oriented New Wave bands emerging in the early 80's; God knows there were alot of them. Appealing to the more rebellious fringe types who preferred the underground music scene, Bauhaus targeted those music fans that abhorred anything that was even remotely close to commercialized; although if it was their intention to avoid the mainstream (as has been well documented) then I'd really like someone to explain to me why they appeared on Top of the Pops in 82'...Ah Well... We all have our moments of weakness...
....A quick history lesson; Bauhaus originated in 1977, or rather was formed from the remnants of two other bands back in 1977. A Northampton punk band called The Submerged Tenth (a phrase used to describe the lowest form of proletariat class) who among their members included David Jay (bass) and Keven Haskins (Drums). The band broke up after only three gigs which lead to the formation of a second band called The Craze, enter Daniel Ash (guitar). Much like the last band things went nowhere, but this short endeavor did lead to an introduction with Peter Murphy (singer), and the eventual formation of Bauhaus. The band released their first single in 1979 a 12" EP called "Bela Lugosi's Dead" under the Small Wonder Records label, which received alot of airplay on BBC1 and helped establish the band. In 1980 following the release of three additional singles "Dark Entries", "Terror Couple Kill Colonel" and "Telegram Sam" they release their first full album "In Flat Fields" under the 4AD record label. Shortly after this band moved to the Beggars Banquet record label the parent of 4AD and the rest is history, if ya need more go to Wikipedia or read a book.
...This band more than most has become almost legendary, in a relatively short time frame, from 1979 until their official break up in 1983 Bauhaus established themselves as one of the seminal bands of the 1980's with legions of fans that remain forever loyal. On a number of occasions through the years Bauhaus has re-united to play sold out concerts on both sides of the pond, they've even released new material for those diehards that just can't seem to get enough.
....Their fifth and final studio album "Go Away White" was released in 2008 after which they once again disbanded.
.
Bauhaus are...
.
Peter Murphy - Vocals
Daniel Ash - Guitar, sax
Davis J - Bass
Keven Haskins - Drums
.
.
The bands official web site.
.
http://www.bauhausmusik.com/
Posted by Sandman at 2:48 PM No comments: