Nothing Without You - Another Black Season

Ya gotta love this guys work. "Nothing Without You" is the latest single from Another Black Season. Although the record company's continue to pump out a myriad of mediocre nonsense, it's comforting to know that there's some real music still being made out there. Many artists like the aforementioned carry on with the do it yourself approach creating some really fantastic material. I think this is testament that the best work today is being done by the independents who aren't influenced by the latest trends or flavor of the month MTV crap. I hear a number of influences in this latest release, a combination of U2, Depeche Mode, and perhaps even a bit of Coldplay thrown in for good measure, yet it remains unique in it's overall sound.. really great stuff...

Posted by Sandman at 6:56 PM No comments:

The Goth scene today includes many bands that I'm not entirely familiar with, bands and artists like Marilyn Manson, Evanescence, Slipknot, plus many more have all made their impact on today's music environment. I can't really argue for or against the inclusion of these bands into the Goth genre because as I've indicated I don't know nearly enough about them to comment either way. What I do know is that most post 80's Goth bands have been influenced by Bauhaus in very significant way. They're not only one of the greatest Goth/Alternative bands of all time, but one of the greatest bands of all time Period... "She's in Parties" goes far beyond being just a great song, it's a Classic Modern Masterpiece, an alternative tune that's destined to weather the sands of time for all eternity. This really gives you an idea of what Bauhaus was all about, it also really shows off the tremendous vocal talent of Peter Murphy, it's completely original and innovative, the cool thing about Bauhaus is that they didn't sound like any other band. Hard to believe this ones almost thirty years old...Arghh!! forget I said that...

Posted by Sandman at 6:40 PM No comments: 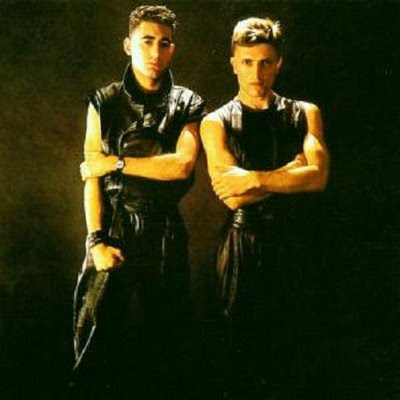 Translated into English, it means German American Friendship, formed in 1978 featuring Gabriel "Gabi" Delgado-López (vocals), Robert Görl (drums, percussion, electronic instruments). This German electropunk band from Dusseldorf Germany released their first single "Kebab-Traume" in 1980 under the Mute Records label. Shortly after the first album Die Kleinen Die Bosen was released.
...DAF originally started as a standard five piece band as Gorl and Lopez added additional musicians, eventually though they reduced themselves back to a duo, concentrating primarily on the electronica sound they're know for. Although still together, they did officially split up in 1983 briefly re-forming a few years later for one album. As a result there's been large gaps over the years in which no new material was released, namely 1989 - 2002...All in All DAF has released 7 albums and close to 20 singles including "Voulez Vous Coucher Avec Moi Ce Soir" (1986) which was a massive global hit. In 2010 a greatest hits package became available "Du Bist DAF" for those of you that don't feel like pickin up the entire catalog, this is a great way to introduce yourself to the band.
....As performers their a bit like the Pet Shop Boys in that that the singer Lopez appears relatively extroverted while Robert Gorl appears quiet and reserved, content to sit quietly behind his keyboard much like Chris Lowe.
Posted by Sandman at 5:33 PM No comments: 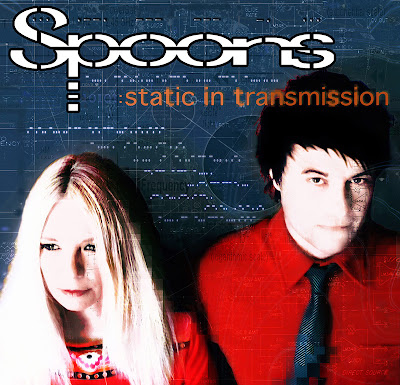 Well what can I say about this one...It would have been difficult, if not impossible for Gord and Sandy to release anything short of perfect. Not just just because of their extraordinary talent, but because the simple fact they've had 20 years to write this album. Anything less than perfect would have been unacceptable. Of course anyone that knows anything about this band pretty much knew what to expect before buying it; an Absolute Masterpiece from beginning to end. That's what we expected and that's what we got. Gordon Deppe is one of the most exceptional singer song writers in Canadian music history, and I don't think he even realizes it. It's been far too long between projects, far far too long...
....This is the first release of new material by the Spoons since 1988s "Vertigo Tango", I think many of us were afraid at one point that we may never see or hear from this band again. Like many of the bands of the 80's they have continued to fight an uphill battle against a record industry that values style over substance and were talent and creatively are inconsequential. Many bands fell by the wayside as the music industry rushed headlong into the 90's in pursuit of Boy Bands and Grunge music, both of these genre's adhering obnoxiously to the conformity that hallmarks the 90's music scene; a creative wasteland to say the least... In this path of destruction a great many bands met their demise and the Spoons may very well have been one of them. Thankfully thought, to the delight of their fans, every once in a while this great Canadian band would resurface, play the occasional show, only to disappear once again, back into the shadows, I'm sure most of us had given up on ever hearing new material again... then, just a few years ago it appears things began to change, and change for the better. Not exactly sure when, or why but I suspect it had something to do with the release of "Unexpected Guest at a Cancelled Party", an album of previously unreleased material that gave Spoons fans the opportunity to hear music that they had never heard before. In addition Linus Entertainment released "The Spoons Live In Concert" a DVD featuring two classic shows for the 80's, one from the Concert Hall in Toronto and the other from the Forum in Montreal. Following these two important releases interest has steadily grown as the fans once again discover one of Canada's greatest bands.
....THE ALBUM - Static In Transmission starts with a bang "Breaking In" the lead of track is a high energy tune that feature some astounding keyboard work reminiscent of the 80's yet stylistically updated to sound new and innovative in a way that I can only describe as a fusion of two decades. The second track "Imperfkt" is the first single released off the album and one of my favorite tracks . This is a pop oriented upbeat tune will have ya tapping you feet immediately, I find myself playing this track over and over, it's absolutely fantastic. The third track "Numb" slows thing down and features some beautiful lyrics as Gord Depp, this is sure to be a favorite for many fans. The fifth track "Star Maps" once again kicks it into high gear, featuring some great guitar work by Gord, and an astounding bass line by Sandy Horne. The great lyrics and a killer hook (chorus), make this tune a perfect choice for the next single, it's one of the strongest tracks on the album. The fifth track "Escape With You" is my personal favorite, the song is about an obsessive fan, and the lyrics are pure genius. This is also the track were Sandy Horn takes the lead on vocals, once again this track should certainly be released as a single as it is a number one hit for certain. "You Light Up" is the first official single released off the new album, and upbeat poppy tune that really gets the crowd going. It features some great key board work and a high energy pace that's perfect for introducing a new generation of music fans to the band. Track seven "B-Movie" is beautiful ballad, which I interpret as a song about the Spoons and how they were treated by record industry in the late 80's. Of course that's just my opinion, you may interpret it completely differently, I believe the song and/or subject matter is a metaphor for the bands trials and tribulations. Track eight "End of Story" once again kicks it up a notch in this fantastic tune that features some excellent keyboards work reminiscent of their 80's heyday material, add to that some great lyrics by Gord and this tune's an excellent choice for future release as a single. It also features some nice back up vocals by Sandy Horne, especially near the end. "Words Will Smash Walls" the ninth track features some uniquely different keyboard work, especially at the intro, Gord took the time to ensure that each song is completely unique, and stands on it's own. Simple and catchy, this tune is sure to a favorite of many a fan. "The Closing Credits" the final track on the album is a perfect close-out to this perfect album. Gord and Sandy slow it down, in a song full of meaning with heart felt lyrics that leave you feeling just little bit sad, cause it's all over...until next time that is : )
.
Produced By Jeff Carter
Universal Music / Fontana North