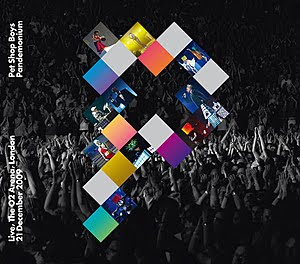 Feb 20, 2010 - Pet Shop Boys Announce Live DVD/CD Release was a top story for this week. Pet Shop Boys return with "Pandemonium", a deluxe DVD/CD set containing their entire live show from London's O2 Arena on December 21, 2009. The film has been made by David Barnard who directed Pet Shop Boys' 'Cubism' DVD of the Fundamental tour. The audio for the DVD was mixed by Dave Woolley. My review will follow shortly.
Posted by Sandman at 7:38 AM No comments: 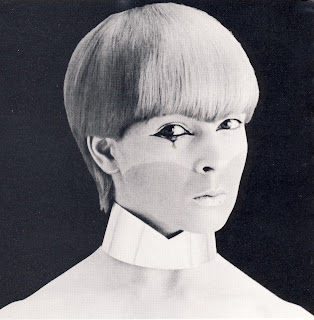 Originally part of the punk / alternative scene along the lines of Siouxsie & the Banshees, before restyling more towards a new wave and main stream. She always wanted to more popular in America, I'd say that's America's loss, not hers. Her music exemplifies the creativity and strive for uniqueness that was to prevalent to the 80's, a far cry from the conveyor belt pop we get from the music industry today. Toyah Wilcox was born in Birmingham England on May 18, 1958 and is recognized as much for her theatrical work as for her contribution to music. During late 1977 she formed her first band consisting of Joel Bogen on guitar, Steve Bray on drums, Pete Bush on keyboards, and Mark Henry on Bass. After signing with Safari Records in 1978 she released her first single "Victims Of The Riddle" and an EP "Sheep Farming In Barnet". In 1980 following her second single,"Bird In Flight" she released her first full album "Blue Meaning" which made the top 40 chart in the UK. After a UK tour mixed with extensive acting engagements Toyah still found the time to release a new single " Brave New World" and a new album "The Changeling" which incidentally was produced by Steve Lillywhite, perhaps my favorite producer of all time...1980 was pretty damn busy. She's continued to perform through the years and to date has released 30 albums.
Posted by Sandman at 4:03 PM No comments: