The Charlatans were to play the Mod Club in Toronto tonight but unfortunatly the show has been cancelled along with the London show, this is from their web site...The Charlatans are sorry to announce the cancellation of their forthcoming North American tour. This is due to drummer Jon Brookes' longstanding shoulder complaint. He has been strongly advised by doctors against undertaking 23 concerts in 28 days as this could cause severe damage to ligaments in the affected area. He will start a course of treatment starting in September and in the coming months to rectify the condition.
Posted by Sandman at 8:44 AM No comments: 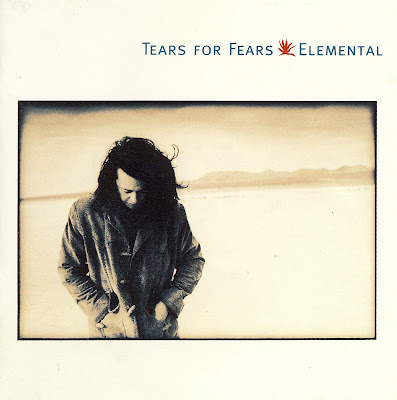 ...I was never so sure in my life that I was gonna hate an album, after all Curt Smith was gone leaving only Roland Orzabal how could it possibly work. As far as I was concerned Tears for Fears was done, I thought it best they just fade quietly into the night. I didn't actually pick this album up till years later, and the only reason I picked it up at all is because it was on sale. Even after I bought it, it just kinda sat on my shelf collecting dust for a year. It was release in 1993 and I didn't get round to listening to it until around 98, happily I finally did and to my pleasant surprise I was completely and totally wrong. This isn't just a good album it's a bloody great album. It's now loaded on my iPod were it receives regular play, and I mean the entire album not just select songs.
...The big single of the album was "Break It Down Again", which charted well in Europe as well as North America, "Cold", "Elemental" and "Goodnight Song" which are equally impressive were also released as singles, not sure why they didn't chart better in North America, I guess I'll attribute it to our bad taste, or perhaps our sudden 90's fascination in boy bands and grunge music. "Power" my personal favorite should have been released as a single also, come to think of it there isn't a week track on the entire disk. With Smith's departure Orzalbal co wrote this album with Alan Griffith, they'd worked together many time in the past and the end result in an almost perfect album. I know I've said this before and I'm gonna keep on saying it every time I feel an album's gone un-appreciated. Buy this Album!!... you will not be disappointed.
Posted by Sandman at 8:26 PM No comments:

There are few things that anchor us to a period in history quite like the movies, they're a microcosm of an age, a window through which we see our passing time. Few actors defined our generation or were as popular in this era as Patrick Swayze. One of our iconic film stars, he died today after a long battle with pancreatic cancer, he was only 57. He passed away peacefully with family at his side by all accounts he remained happy and positive till the very end..
... Like so many others I still enjoy watching films like Red Dawn, The Outsiders and of course Road House which I especially relate to having spent so many years working in the bar business.  He will be missed, also like millions of others I will continue to enjoy his work for many years to come. Condolences to his friends and family ...
Posted by Sandman at 8:47 PM No comments:

...The Raybeats were one of those great post punk bands that never really got their due credit, the landscape of this era is littered with bands that suffered much the same fate. They were labeled as No Wave, which is a slag against the commercial elements of the New Wave scene during the early 80's. But like New Wave / Alternative bands of the time, they drew on mish-mash of styles such as rock'n'roll, punk, jazz, blues and funk to create yet another sub genre of music quite unique but hard to categorized. There were no rules for bands in the 80's, just idea's and choices.
...Originally formed for shits and giggles (as a hobby) in New York 1979 the Raybeats consisted of Jody Harris on guitar, Don Christenson on drums, Pat Irwin on keyboard/sax/guitar and original bassist George Scott. They quickly gained prominence on the New York club circuit and decided to make the group permanent. When George Scott died from a drug overdose in August 1980 he was replaced by Danny Amis shortly after they signed a recording deal with Don't Fall Off the Mountain, a subsidiary of British recording label Beggars Banquet. There first EP was completed in late 1980 called "Roping Wild Bears" and in 1981 their first full album, "Guitar Beat" hit the shops. Amis's departed in 1982, the Raybeats recorded one more album, "It's Only A Movie!" which was released on Shanachie Records in 1983 I have no information on sales or singles unfortunately . They disbanded in 1984 and that's a shame, I'll include video at the end of this post so you can see how talented they were. It's a sad reality that true genius is often not rewarded...

Posted by Sandman at 6:04 PM No comments: 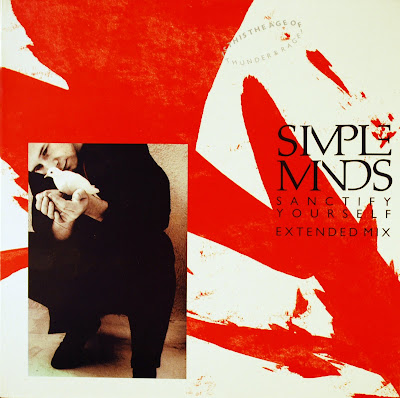 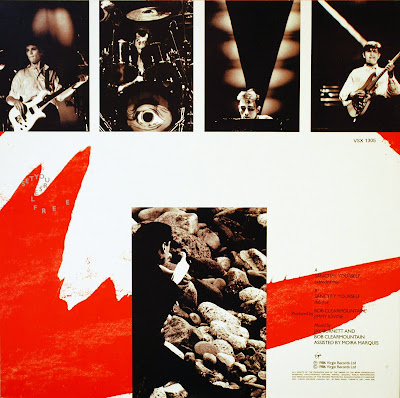 This extended re-mix was released by Simple Minds under the Virgin Records label 1986, it received alot of airplay back in the day. This EP contains two version of "Sanctify Yourself" an Extended mix and a dub mix. It was co-produced by two legends in the recording industry Bob Clearmountain and James Iovine who's resumes are to say the least extremely impressive. Bob Clearmountain's been nominated for four Grammy awards and worked with likes of Bruce Springsteen, The Rolling Stones, Bryan Adams and Robbie Williams to name just a few. James Iovine has engineered for John Lennon and Bruce Springsteen and produced for U2, Dire Straits and Patty Smith to name just a few. This version (extended) starts off with a simple beat overlayed with Jim Kerrs vocals approximately 20 seconds ahead the the heavy beat kicks in followed shortly after with the keyboard and bass tracks. Made for mixing the you get a good two minutes of repetitive droning before the meat the song proper transitions. An excellent variation of the original deviating enough to make it unique but not so much as to make it unrecognizable. Obviously the purpose of this 12 inch was the clubs and pubs so the drum tracks takes on increased prominence throughout, it works well. The B-Side dub mix is pure instrumental (well almost), very repetitive, very cool this is for pure mixing purposes, there are some vocals at the very end, also very repetitive. This is an extremely well done EP can't believe someone gave it up.
A. Sanctify Yourself - extended mix 7:10
B. Sanctify Yourself - dub mix 6:11
Produced by Bob Clearmountain & Jimmy Iovine
Mixed by Jay Burnette, Bob Clearmountain assissted by Moira Marquis
Written by Simple Minds
Virgin Records 1986
Posted by Sandman at 8:44 PM No comments:

BRUCE CAMPBELL, The Evil Dead, Army of Darkness and Bubba Ho-Tep among other things was there on Sunday. He was only willing to sight a few hunder autographs before calling it quits, kinda disrespectful if you ask me. The first time he's been here to my knowlege and there were alot of disappointed fans who I'm sure wanted to meet him but could'nt because he decided to be a dinky dink.

LOU FERRIGNO, The Incredible Hulk from all accounts one of the nicest guys at the show, always willing to talk to the fans and joke around.

It aint just about Science fiction at the Fan Expo many of the Menga and Comic Hero costumes as well as costumes from video games such as Legend of Zelda and Guitar hero are also popular. Very impressive to say the least these kids sure put alot of work into them.

What ever your into you'll find it at the Fan Expo, here the WWF's Iron Shiek and the Honky Tonk Man sign autographs and converse with the fans. Dang is that Iron Shiek ever loud, scared the hell otta me, always yelling at someone...all in good fun for the show of course.

Yup the 501st Legion of which I'm a proud member, we have alot of fun and the crowd is always appreciative. I usually spend much of my weekend posing for pictures.

LEONARD NIMOY was also there, long line up for this guy, yet he was always friendly and made sure all the fan got their autograph or picture. definitely one of the highlights having him there.

Aaron Douglas-"Battlestar Galactica" and Erin Grey- "Buck Rogers in the 25th Century" sign autographs for fans. This is a tragedy for me, I really wanted Erin Greys autograph, who can forget her in the white spandex pilot outfit, it was truely pivotal moment in Sci-Fi TV history...at least it was for me. I got so busy and I completely forgot to go see her. I hope she comes back again. I'll never forgive myself for missing out on what could have been one of the defining moment of my life...Ohhh.. notice the look of bewilderment on Aaron's face, that's because someone has just handed him a bootleg copy of BSG to be signed, I wonder sometimes what goes through peoples heads.

.
...Well another Fan Expo has come and gone, I spent all weekend at the Toronto convention center I'm exhausted, never walked so much in my life. This year was bigger than ever as a record 60,000 people attended, what a crazy mad house it was. I took some shots at the show but spent most of the time trooping with the 501st Legion. I think it would be best they move this event to the North building for next years show as some people reported a two hour wait just to get in. Security had a tough time keeping control the line was so long it went all the way up the stairs through the concourse, down the outside steps were it snaked half way around the Sky Dome (Rogers Center). That said a good time was had by all, I now count the day until the next one.

Below is a slide show of many of pics I did last weekend enjoy.

The link to the entire album is here...