For those that are in the Toronto area IIV is playing a concert with the Spoons next Friday night at the Mod﻿ Club. These two bands played a sold show at the Revival last winter and it was one of the best concerts I've ever seen.

Saw the Pet Shop Boys last Thursday night at the Sony Centre in Toronto. Great show but way too short. It started at 9:00 and finished at 10:22. A bit disappointed to say the least. Not that I regret going, I waited 30 years to see them now I finally have. Took quite a few shots but very few turned out, the show was completely sold out so the ticket I got left much to be desired, the nose bleed section doesn't really lend itself to photography. Ahh well, shit happens...
. 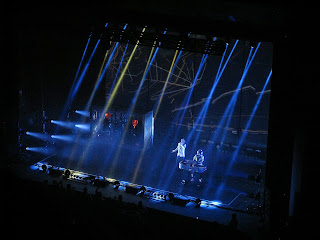 The good folks at Hobby Star pulled it off again as this weekend marked the first major convention of the summer. It kicked off with the Toronto Comic Con. What a great event this is, it just keeps getting bigger and bigger. Among the guest this year featured the entire cast of Star Trek the Next Generation. I belive this is also the first time the show has completely sold out as they has to stop selling ticket as mid day on Sunday. 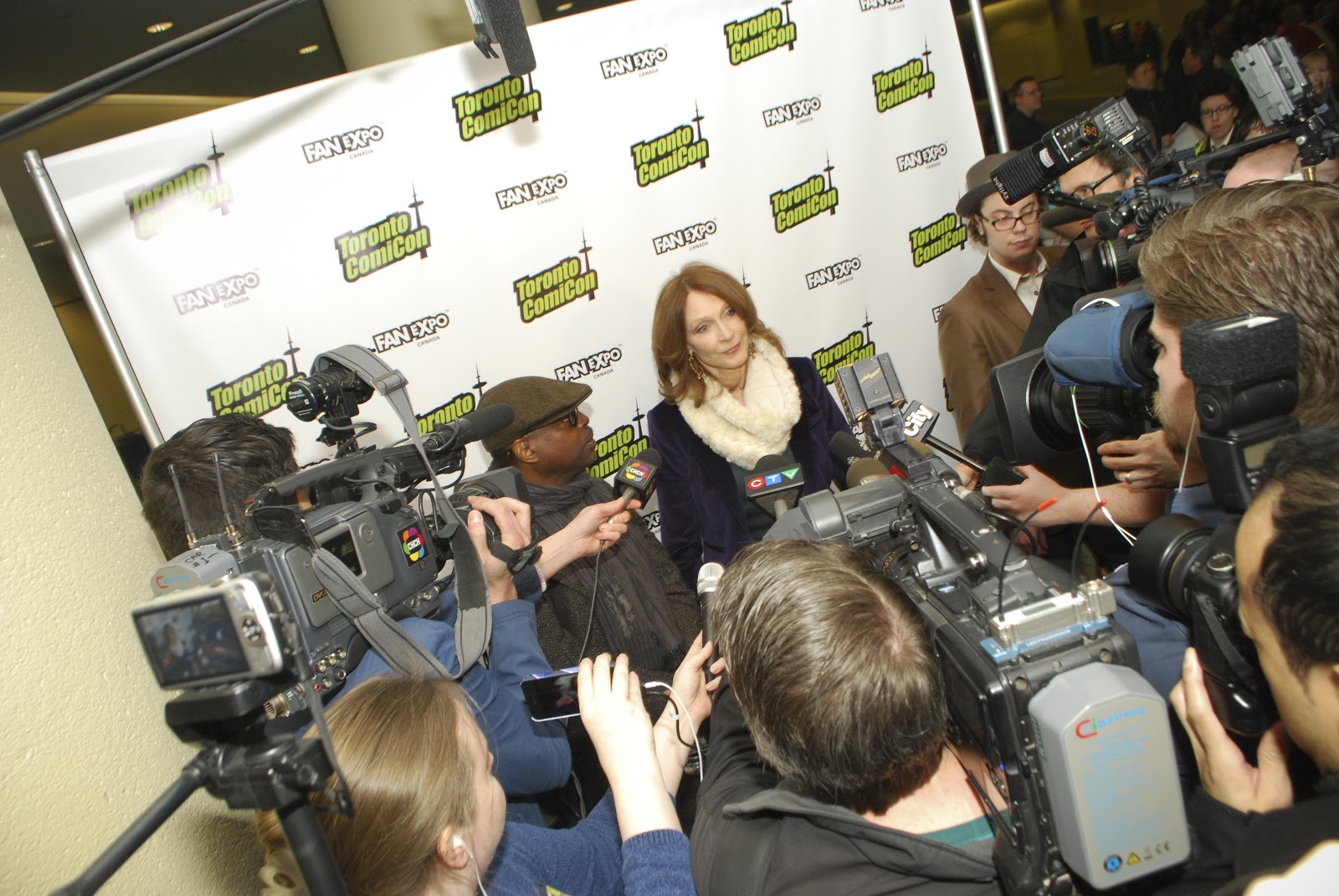 Gates McFadeden and LeVar Burton help kick off the event Friday afternoon with a press confererce that openned the event. This also marked the first time in 15 years that the entire cast of Star Trek the Nest Generation has been together. 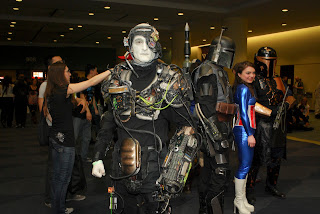 A large contigent to the borg colective invaded the convention this weekend, no shortage of trekies at this event that much is certain. 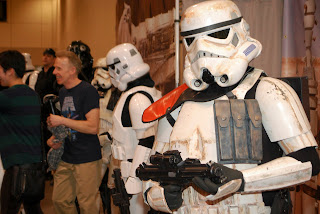 The 501st Legion was also on hand this weekend as this one of the largest and most well known costuming clubs in the world. Last year this group raised more than 10 million dollars for charity and they now consist of over 5000 members and growing stronger every day. 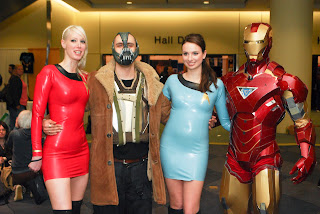 Not sure if these uniforms are Starfleet regulation, ah well we'll let it go this time.
. 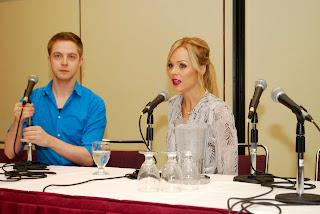 At her Q&A Panel, Laura Vandervoort discusses many things, among them her new TV series Bitten. Vandervoort stars as Elena Michaels, the world's only female werewolf.
Posted by Sandman at 3:26 PM No comments: